(The text from Russian into English translated

At the present time FTDNA is aware of a few haplotypes of the G2a3b1a1b1 subclass.

According to the data from the Isogg.org  we can see how this particular subgroup is positioned on the tree-shaped table of the haplogroup G2a and here are the relative snps — L1264, L1265, L1268[1].

This subbranch is mostly found among Adyghe (Circassian) population[3], but also can be found among Russians[4], Bashkirs[5], Ossetians[6], Karachays-Balkars[7] and Chechens[8].

Due to the fact that the subclade of the  subbranch G2a3b1a1b1 is widely redistributed among worlds populations, particularly among Adyghe, Russian and Bashkirian population, it can be concluded that this subclass is somehow related with the steppe tribes.

Distribution of the haplogoups among Caucasian Population[11]

Its origin among Bashkirian population can be explained by examining Sarmatian Era, or due to a more probable hypothesis that part of the Jassic and Kuns-Kipchaks migrated not only to Hungary in the the XIII century, but also  joined other Bashkirian tribes in Ural area. Some of the Medieval  authors mentioned about a migration of the Kypchaks, after being defeated by Khans Djuchi and Batu in the Ural region. Abul al-Ghazi writes: «Those [Kipchaks] who survived joined Ishteks [Bashkirs]»[12].

Among those Kipchaks who joined Ishteks or Bashkirs, could be their allies [13]  — Jassic.

B.A.Muratov offered a little bit different classification. He believes, that subbranch  G2a3b1a1b1 separates into two clusters, for the purpose of this discussion called Laba-Kuban (∑) и Jassic (∂), however unclusters he referred to Laba-Kuban's cluster.

Below on the map we can see how 67 marker type haplotypes decompose into two big clusters, and a bit further from them stand haplotypes 222813 Nochevnoy, 246812 Khasanov.

Haplotypes G2a+L1264 on the 12 markers break into different clusters.

All of the  clusters' names were chosen deliberately. Relatively the name "Laba-Kuban" for cluster ∑, it came to exist as this cluster as it is mainly found among Adyghe and Russian people. Researches are convinced that Adyghe people came to exist from Kassog tribes, and as a proof to this hypothesis[14], can be found in the origin of the ethnonym 'kassog,' which is also the other name for Adyghe-Kabardians[15].

The origin of the Laba-Kuban cluster in the old Russia is most likely associated with the reign of Mstislav the Brave (XI century).  In 1023 Mstislav the Brave gathered together his dependents — Kassoges and Khazars — to go against Kiev[16]. So later the descendants of those Kassoges joined the forming at a time Cossack groups[17].

with the Russian prince Mstislav the Brave (by artist N.K.Roerich)

It is much easier to trace the Kasoges origin among Adyghe and Russian population due to the existing chronicles, but its quite hard to explain how Chechenian, Karachay and Bashkirian people have it as well. B.A.Muratov believes that its origin among Bashkirian and Karachay population can be traced back to the the era of Desht-i Kipchak (XI-XIII вв.), when Kassoges were actively interacting with Alans[18], Jassic[19] and Kipchaks[20].

Moving on to the the name  «Jassic» for the cluster ∂. With the help of  R.R.Suyunov's Bashkirian DNA project and testing of its' admins, it became clear  the generic assignment of the 274914 Qipsaq (Kipchak) Bashkirs.

Popular etymology translates 'qasau' from the Bashkirian language as  'chisel'.   Also possible that there is correlation between ethnonym 'qasau' and 'kassog,' while the 'chisel' meaning was applied later on as the original meaning of 'qasau'  had been forgotten.

Reconstruction of the Kipchak’s appearance

Qipchaq (Qipsaq) migrating to the territory of present Hungary[23] in 1239-1246. Nowadays, the descendant of Jassic live in area Jászság[24], while the descendants of the Kuns-Kipchaks dwell near the area — Kunság[25].

Depicts Jassic Hussars on the

Clan Qasau among Bashkirians make part of the Qariy-Qipsaq[27]. The  historical origin of this clan has a connection with the history of Kuns-Kipchaks[28]. There is a hypothesis, that in the XIII century part of Jassic together with Kuns-Kipchaks moved not only to the territory of nowadays Hungary, but also  in the Ural area.

Implicitly, the origin of Jassic people of cluster ∂ has also Ossetian haplotype of the subbranch G2a3b1a1b1, making a statement among few researchers that  Ossetians were descendants of Jassic[29]. As a widely known fact, the Jassic language in Hungarian area was a dialect of the old Ossetian language[30]. Therefore, it might be that among Jassic ancestors in Hungary, we can meet  the subbranch that can be found among Ossetian, Adyghe, Russian, Bashkirian and other populations.

Although the main subclade Ossetians G2a1[31], but M.Y.Nochevnoy admits that cluster ∂ of the subbranch G2a3b1a1b1 can be connected with Jassic people, mainly because subbranch of the haplogroup G2a1 can be found among Bashkirians, even thought its more common among Ossetians. For example, 239988 Kubalek Bashkir[32], demonstrates that some of the tribes of the haplogroup G2a spread around on the large distances, what allows  us to conclude that they could assimilate with other steppe tribes, like Jassic.

The main obstacle of the further investigation of the Jassic subbranch is the absence of any subclass  G2a3b1a1b1 in the Hungarian territory[33]. It can be explained by the fact that Yass ethnic group was not sufficiently tested among Hungarians.

The carried out DNA tests of population in Yashag in Hungary — showed that they were descendants of other European groups, and as Jassic were alien people[34] — then they should have subclasses that would connect them not with the European groups but rather with the ancient steppe Jassic (Yass) representatives.

As an additional confirmation of the origins of Yass people can be found in the examination of the tested of the cluster ∂ 117713 Eldek — who is also a representative of the clan Eldek in Bashkiria[35].

The origins of the Bashkirian Eldek people — is closely connected with the history of Desht-i Kipchak.  The ancient dwelling place of the Eldek tribes was the the left banks of the White River, which was also an area of massive Ural expansion of the Bashkirian Kipchaks (Qipsaqs)[36].

Due to the fact that no haplotypes of the subbranch G2a3b have not yet  been found in Hungary, B.A.Muratov suggests that cluster  ∂ could also be of Kassoges origin.

According to the formula SKRZAMM, together with the haplotypes of the cluster ∑, the common ancestor of both of these cluster lived about  2768+260 years ago.

Therefore, in order to explain the presence of the Ossetian and Bashkirian haplotypes in the cluster ∂, we should take into account to possibilities.

Either pro to Adyghe tribes played an important role in the ethnoginesis of the ancient Scythian, or the more later ethnical interaction between Kasogs, steppe Jassic and Kipchaks.

There is another hypothesis that suggest different time period for the Laba-Kuban and Jassic clusters origins.

It is very interesting hypothesis, though it misses some important arguments, as it is mostly base on the common linguistic  ethnonyms like Zihi-Iazyge-Adyghe-Yassi-Jassic[37].

In the present research there other interesting facts that appeared after testing of the members of the subbranch G2a3b.

Specifically, the most of the haplotypes from the Laba-Kuban subbranch among Russians originated from the south of Russia and Ukraine. The exception is only the tested 222813 Nochevnoy, whose ancestors were from the Ivanovsk area in Russian Federation. As we already know, Russian Knyazh Mstislav the Brave together with Kassoges to Kiev[38], and it might be that 222813 Nochevnoy  is a direct descendant of those Kassoges.

After 12 marker haplotype test, The tested person of haplotype G2a3b — 274391 Surikov, turned out to be from Lipeck area in Russian Federation. About his family lineage he said: «The most  earliest Surikov ancestor that I am aware of is Elisey Grigoriev' son, date of birth 1614. His name is firstly mentioned in the patrimony of the St. Nicholas Venev's Monastery,  in the village Havkove (Havki) in the Tula Parish. Found in the record book of 1646.

Until begging of the XVIII-th century, his descendants are mentioned without surnames, and after the 18th century they bare two surnames — Surikov and Eliseev. Most of the family branches of his family lineage have Surikov as their surname, but one remained with the name Eliseev. In the time period between 1678 and 1710 part of the Surikov's families moved to the village Istobnoe which belonged to the Elick parish, and then between 1710 and 1716 moved from the villa Istobnoe to the villa Lubna, which at that time belonged  to the Lebedyansk parish».

Tested representative 163132 Turlov turned to be a representative of the Chechen clan Gar-Malordoy, He gave some information about his family lineage, and said that  his tape came from: «… one of the three Avarian kings Khan-Karakishi Bin Tyrurav, who interchangeable reigned over the Avarian kingdom. Their residence was in Mekhelta, Gumbet, Dagestan. Chechen feudal society came to existence between the years 1626-1628, and Turlov princes were on the throne, but at the beginning of the !8th century as the result of the Caucasian wars, lost their influence and power. According to the archives, princes Turlov's saw their origin coming from Uber-Circassian people…». As we can see DNA results prove the presumption of the origin of this Chechen tape from the Adyghe clans.

From the Karachay a tested representative 246812 Khasanov was from Harks (it is one of the mountain villages of the Karachay).

Citing his words : «…a native Karachay, already 10 to 11 generations as a minimum… There only 3 mountain villages in the Big Karachay that are known, and all the Karachay people came from the there…for your reference, by the time when Karachay united with Russia, there were 8 thousand of Karachays, this is year 1828 Julius Heinrich Klaproth has a reference to our ancestors in his works».

Grandfather of the tested

The tested representative 246812 Khasanov knows his family's genealogy till the 14th degree.

In conclusion, the theory of the origin of the name of Laba-Kuban-Jassic cluster for part of the haplotypes of the subbranch G2a3+L1264 is only a hypothesis that the authors offer. It should be investigated further, as well as more attentive analysis and study of haplotypes of the subclass the of the G2a3b  on snps should be carried out. More deeper research of the archival documents will substantially help as well. The authors of this book are hoping that the tested  people of the subbranch G2a+L1264 will give more information of their generic assignment, which will eventually contribute to the study of the origin of this subclade.

[23] Autonomies in Hungary and Europe. A comparative study By Józsa Hévizi. Corvinus society 2004.

[25] Autonomies in Hungary and Europe. A comparative study By Józsa Hévizi. Corvinus society 2004. 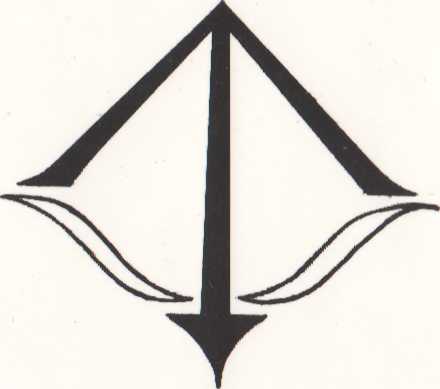