From the Carpathian Mountains (Hungaria) to the Alps in Switzerland, Austria, Germany in the V century B.C.

The please note that the resettlement came from the Carpathians to other mountainous regions of Europe. One of the L1b-B374 lines of the Huns from the V century A.D. together with a part of the Ostrogoths (R1b-U152)[9] returned to the Volga, and they were the ancestors of L1b-B374 in The Volga-Ural region, and they are the members of the Salagush-Baylar clan now.

The sacred bird of Salaghush clan is a white-tailed eagle, in Bashkir and Tatar languages - salagush or a “sal” eagle (“sal” literally means “gray bird, gray eagle”) which named so because its white plumage of the tail is reminiscent of a gray hair. 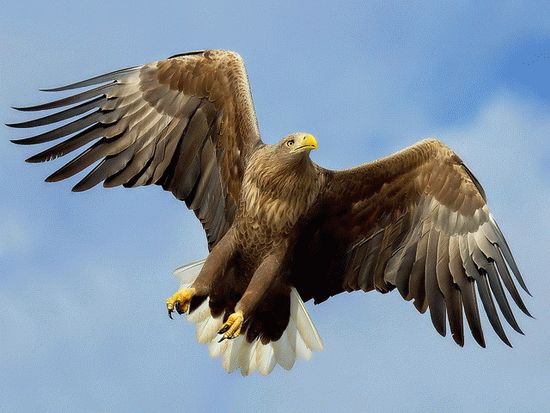 After the migration from India in the direction of the Aral sea region, the cluster storage L1b-B374 participated in the Hunnic Union of tribes. Further, the cluster L1b-B374 carriers together with other Hun clans moved to Europe.

About the 5th century A.D. the L1b-B374 having ancestors, now as a definite part of the Huns, together with a part of the Ostrogoths (R1b-P312), returned to the Volga, where they became the ancestors of the clan Salagush-Baylar, who took an active part in the formation of the Volga Bulgaria. The Baylars later became a part of the Tatar and Bashkir peoples of the Volga-Ural region.

Currently, among the Baylar in addition to the line L1b-B374 are also found the lines of a Western European R1b-P312, U152, probably related to the Ostrogoths and their leader Gaina, and the Finno-Ugric lines NZ193613[13].

The line R1b-U152 is also found among the representatives of the Bashkir clan Gaina, and it possibly indicates to their origin from the Ostrogoths of Gaina.